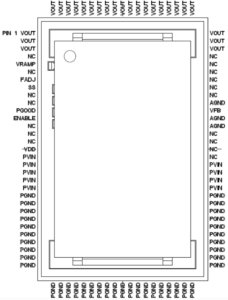 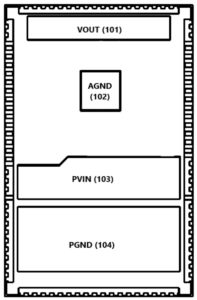 Recommendation 1: Input and output filter capacitors should be placed on the same side of the PCB, and as close to the MPT11220IL package as possible. They should be connected to the device with very short and wide traces. Do not use thermal reliefs or spokes when connecting the capacitor pads to the respective nodes. The Input/Output Voltage and PGND traces between the capacitors and the MPT11220IL should be as close to each other as possible so that the gap between the two nodes is minimized, even under the capacitors.

Recommendation 2: In order to minimize the Power GND loop, it is recommended to route the input and output loops close to the same point, which is the ground of the MPT11220IL. Decoupling ceramic capacitors are to be placed as close as possible to the module in order to contain the switching noise in the smallest possible loops and to improve PVIN decoupling by minimizing the series parasitic inductance of the PVIN traces. 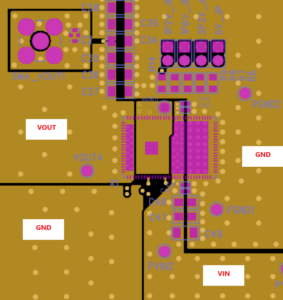 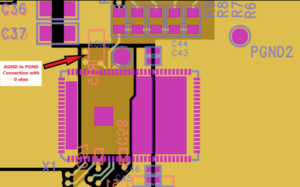 Recommendation 7: The VOUT sense point should be connected at the last output filter capacitor furthest from the VOUT pins. Keep the sense trace as short as possible in order to avoid noise coupling into the control loop. 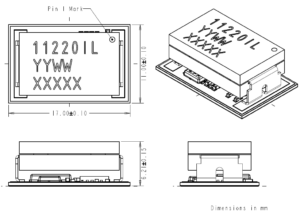